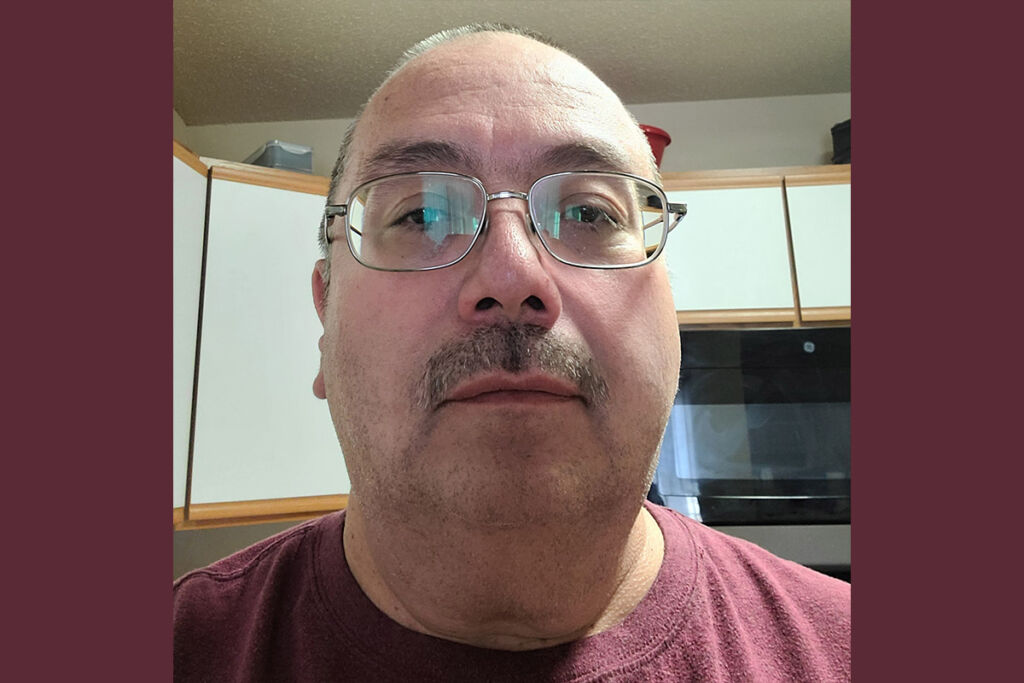 I have had four friends and one cousin die from COVID.

I was pretty good about distancing and wearing a mask; however, I dropped my guard and ended up infected at an event. There were actually several of us that got it at the same event. One of them died from it.

I got a call on a Friday, which was about six days after the event, and was told people had already tested positive. At that point, I felt my allergies were a little worse than usual; however, the grass had been cut by my building a few days before. That was why I felt that I was sneezing, coughing a little, and had a runny nose.

I was taking some vacation days, so I wasn’t at work when I got the call. I called in and made an appointment to be tested later that day. I still felt fine but decided to isolate myself just in case and started taking my temp in the morning and evening. The next day, Saturday, I lost my sense of taste and smell. A couple of days later, I got the call confirming I had COVID.

I never ran a temperature, never had a headache, and never had a breathing problem. I try to walk several miles a day and went on a walk that Friday morning before I got the call that I had been exposed. As soon as I was considered recovered, I started walking again with no problem. As I am overweight and have high blood pressure, I was very nervous when I knew I had it, but I feel very fortunate I didn’t get any worse.

My sense of smell started coming back after about five days; however, I had the overpowering smell of stale cigarette smoke for several weeks. That eventually went away, but I still occasionally feel like I’m smelling smoke and some other foul smells. It took about two months for my sense of taste to really come back, but I still have occasional changes in taste. I sometimes get a metallic taste; sometimes, things do not taste right or taste weak, if that makes sense. Sometimes things taste like they are spoiled.

I work in a hospital, and I was able to get the Moderna shot and was fully vaccinated in February. As soon as boosters are approved, I will get it.

Over the course of this, I have had four friends and one cousin die from COVID. I don’t want to see any more friends or family die, and I certainly do not want to catch it again.

Get the shot. It is safe and effective.

As a side note, when I did the contact tracing, they felt I was probably contagious for a few days at work. I worked in a small office with another person. Both of us wore masks the entire time. That person did not catch COVID from me. Masking did work for that person. I wish I had worn mine the entire time at the event I was at.